Round Two, sneaking up on me

I realized this week that I have less than 2 months until departure. I swung into action, attempting to begin the stressful task of moving me and my household (i.e. two cats) across the ocean again. I feel a little more prepared for this than I did in 2016, but it’s still a lot to take on alone. The diplokitties need dental work before we set off, I need to figure out how consumable shipments work, and I don’t actually really know anybody in Dakar – whereas when I was going to Bangladesh I already had a few friends from language class.

French is progressing. I took my “interim” test and got a 2+ (oral) / 3 (reading). I need a 3 in both to be able to go to Senegal. Luckily, this means I only have to re-test in the oral, so I can focus on my speaking for the next 4 weeks. I also have a new French teacher who I really like. I still feel like I am speaking like a 4 year old who is trying to speak like an academic, so there’s that. But I’m still fairly confident I’ll get to where I need to be.

In addition to attempting to learn an entirely new language, I have been trying to soak up as much fall weather as possible. Fall came a little bit later this year due to hurricanes and whatnot. Nevertheless, I was able to get out to Shenandoah National Park and surrounding areas a few times, including a couple of lovely cabin rentals and some wine tasting days. 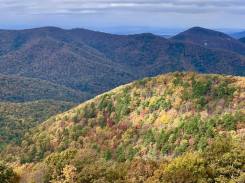 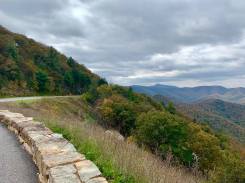 I still have a lot to do in the next 6 weeks to get sorted and ready to go. I’m sure time will fly, and I’ve got some fun things planned for the coming weeks! Wish me luck!