July marked the culmination of  everything I’d devoted much of my energy to the past five months – the U.S. Embassy’s Fourth of July celebration. Now, I know that sounds like a lot of fun, but trust me, it is not. The celebration is not for us Americans, but rather for our contacts in Senegal. In other words, it is the chance for us to share the American experience with Senegalese and other foreign missions.

This year’s event took place on the back lawn of the Embassy, and featured a military band, food and drinks galore, and a huge fireworks display. I had the lucky pleasure of being the chair of the food and drink committee (which also sounds way more fun than it is). I was in charge of planning a menu and working with caterers to get everything finalized. Imagine doing that for more than 1,000 people! It was definitely out of my comfort zone. Nevertheless, I had a strong committee who helped me along the way, and the event was a success. Most of my night was running around making sure all the bars were stocked and that the servers were coming out with the appropriate courses, so I don’t remember too much of it! 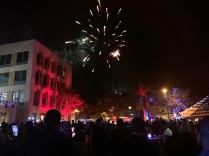 One of the highlights of my entire year happened out of the blue one day in Senegal. A friend and colleague of mine, who is also a pilot, sent me a text message one day asking me whether I wanted to fly. I answered immediately “Sounds terrifying. YES!” I met him at the old Dakar airport, and off we went in a 4-seater with two other friends. The trip was indeed terrifying, but incredible. Seeing Dakar from above like a bird was just breathtaking. The blues of the ocean and the multitude of shades of brown in juxtaposition. I felt truly lucky to get to serve in such a cool city. 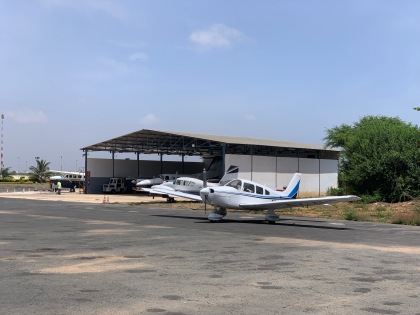 In August, a new consular officer joined the office, filling the gap and completing our office. This was exciting because I was the only “Entry Level Officer” throughout the summer after my old supervisor and the other ELO left. This meant that I was doing nonimmigrant and immigrant visa interviews as well as serving as the American Citizen Services Officer. It was exhausting (especially when you include the Fourth of July planning). The new officer was also a second tour officer and had arrived from a country that did a LOT of visas. So having my new teammate on board was great!!

While I seem to be complaining about the amouhnt of work I was doing due to our staffing caps, the great thing about consular work is the overall work-life balance. Due to the nature of our work, we generally keep standard hours.  So even though I was working very hard during the week to get everying done, and also prepping for the Fourth of July, I was still able to explore Senegal.  Beaches, game nights, trying out delicious new restaurants made for a fantastic time. 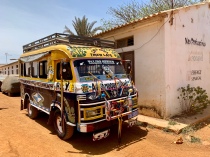 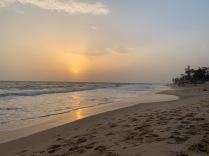 A quick review of some of my favorite restaurants in Dakar:

I could go on and on about even more delicious restaurants, but I will stop there for now.

September arrived, and it was time to meet up wtih my parents again. This time, starting in Johannesburg, South Africa for a 2 week long safari, the safari of a lifetime!! Our journey with Friendly Planet tours took us to South Africa, Zambia, Zimbabwe (just to Victoria Falls), and Botswana. SWOON, right?? Victoria Falls, Chobe National Park, Okavango Delta, Cape of Good Hope. I’d been to South Africa briefly when I was 18 years old, but it was nothing like this. This was a true luxury safari. 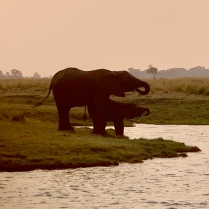 To get to our camp in Okavango Delta, we had to take three itty bitty planes. They were so much fun. It was one of those moments where I realized I was living a dream and I did not want it to end. Sadly, the flights were fairly short. The first flight fit all 16 of our tour group, but then we had to go down to an 8 seater, and then down to a 4 seater since our camp had such a small landing strip. Spotting elephants and giraffes from the plane was so much fun. Okavango was sadly experiencing a drought while we were there; however, this concentrated the animals near the remaining water, so it worked a little in our favor. That being said, I MUST go back someday when the water fills it up like it is supposed to do.

I had a couple more days in Cape Town when my parents left. I used this time to go shopping, get a hair cut, and drink delicious beer. Oh, and I went whale watching, which was so much fun. I went out on a tiny boat with just a couple of other people. Some whales approached our boat, so close that the guide even whooped for joy. 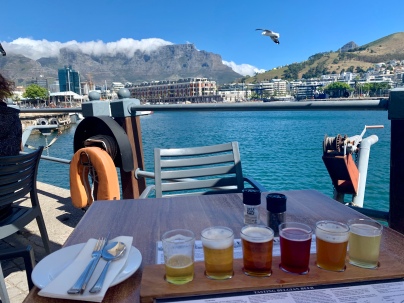 An interesting story was my actual travel to and from South Africa. I had booked a very affordable ticket to Jburg non-stop on South African Airlines, but five days before my flight, South African cancelled the direct flight (like, forever). I had to call them multiple times to have them rebook me on other airlines. I ended up going from Dakar to Abidjan on a random airline, then on to Accra, then on to Johannesburg. On the way back, I stopped in Nairobi. So I guess I got the real tour of the African continent!! It was not fun, and in Abidjan we got taken through some back way through customs, and the ticket agent got mad at me for daring to check in online (she tore up my printed ticket in front of my face while yelling at me), but I made it!

Well, I think that is enough for tonight, don’t you?