In October, I did a quick weekend up to Amsterdam to meet up with some of my friends from Dhaka. They came from Honduras, Ukraine, and France – and of course me from Senegal! We spent the few days together walking the streets, drinking delicious beer, and catching up on life. Rainy, wet, and cold – the complete opposite to Dakar! 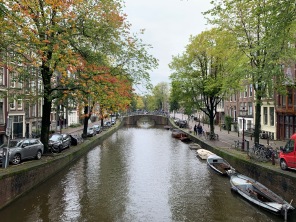 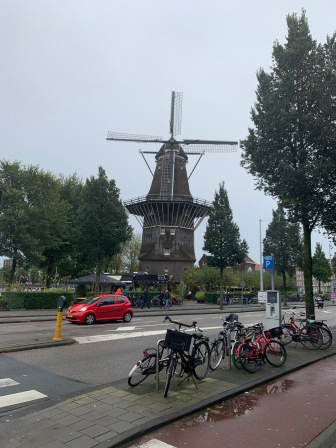 Every November, the Marines host an annual ball aptly named Marine Ball. Think of is as prom for nerds (aka diplomats). We get all dressed up, eat fancy dinners, drink fancy drinks, and dance the night away with our friends and colleagues. It is one of the few times we let our hair down and just have fun with each other. Even the Ambassador danced with us. This year, I had an added addition – an old friend came to visit me from DC and got to experience my life for a little while. This was only my second Marine Ball, but I was a night to remember.

After Marine Ball, my friend and I made our way south. We of course stopped at Bandia Reserve for some lunch, but we also did the safari. As I mentioned before, this is a man-made reserve. However, the landscape feels wild, with gigantic baobab trees sheltering herds of giraffes and eland. They even have a couple of rhinos! If you suspend disbelief for a little while, you can pretend you’re on a real safari in a wild wild place. We timed it very well, showing up first thing in the morning, so we barely saw any other cars and had the wildlife and baobabs mostly to ourselves. Then of course we availed ourselves to some delicious food while keeping on the lookout for thieving monkeys. 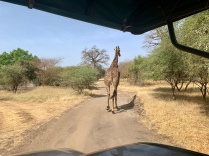 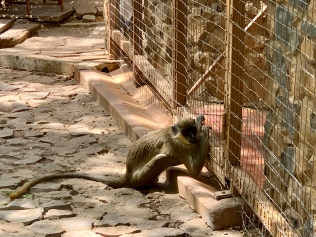 We stayed at Rhino Resort in Saly for a couple of nights, which was a lot of fun but eerily deserted except for some Brussels Air flight attendants. The coolest part of the resort is an underground grotto with a waterfall and jacuzzi. Our days were spent doing a dune buggy tour of the countryside (complete with small Fulani girls hitching a ride) and finding tasty food.

Next up was Sine Saloum Delta. You’ll recall I went there with my parents in May, when we stayed at Les Collines de Niassam. I decided to take a leap and try a completely new place that I had found on booking.com. I wasn’t sure about it, but why not? Turns out the place was just lovely! Ecolodge de Simal  is hard to find, but once you are there, it is the most peaceful place I have ever experienced. It is a simple place, with thatched-roof huts and no air conditioning. On the edge of one of the arms of the Delta, you can take boat rides, horse cart rides, or just plop down on a kayak to explore on your own. The food is simple but delicious – freshly caught grilled fish, rice, and sides that will make you happy to be sitting under the shade of huge trees, listening to the waters lap the shore. If you get tired of the river, you can always take a dip in the sublimely refreshing pool. Seriously, this place is so good I have recommended it to numerous friends, who also fell in love.

Lest you think that all I do is travel and have fun, sometimes I travel and have fun while working! In December, my colleagues and I set off to do American citizen outreach in cities outside of Dakar. We wanted to spread the word about citizenship transmission for Americans born abroad and demystify some of our processes. Plus, it is always good to see that we are real people. We hosted town halls, accepted passport applications – I even conducted a radio interview which was terrifying. We also met with important religious people and local government authorities, including police. This way, if an American is arrested or in trouble, we would have the relationships formed to assist us. It was a LOT of work, but also very fulfilling to meet face-to-face with Americans living and working in Senegal.

If you think that Christmas is not so much a thing in a predominately Muslim country, you’d be wrong. Christmas in Senegal is spectacular. Suddenly all the street vendors have on Santa hats, the grocery stores sell imported real live trees from the great north, and lights adorn many of the buildings. Even better are the multitude of Christmas markets that pop up every weekend in December. One of the most unique ones was a market on the beach, where I watched the sunset while drinking mulled wine. 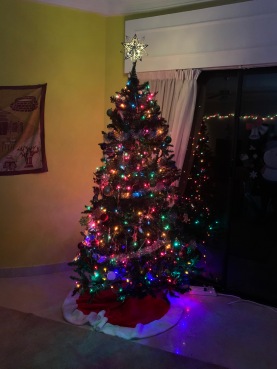 2019 was capped off at a friend’s New Year’s Eve party. We watched nearby fireworks from his roof, drank delicious beverages, and enjoyed the time spent together. I reflected back on my past year and how much more comfortable I was in Dakar. Many of the people at this NYE party were folks I had met for the first time at the previous NYE party. But strangers had become friends. One of the most difficult things in this job and life is that you are always saying goodbye to people as they cycle on to the next tour or country. But thankfully most Foreign Service Officers are good at bonding quickly, and its moments like these that make it worthwhile.